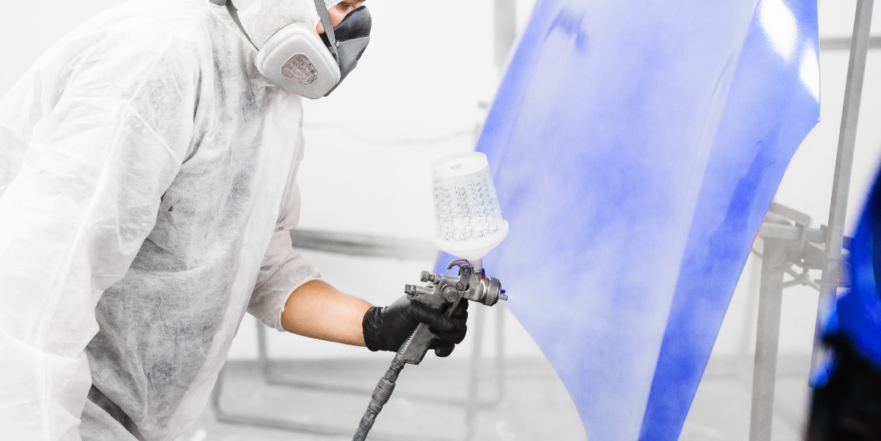 Paint Thinner is a common solvent used in various end-use industries. The costs associated with having this solvent as a part of your manufacturing process can add up quickly. Between waste/disposal costs and the purchase of virgin solvents, expenses get unnecessarily high.

The solvent recycling and recovery process will help your organization realize a range of benefits such as cost savings, and the ability to reuse the product through either in-house recycling or a third-party service – where it comes back as a nearly virgin-quality product and is then ready for reuse.

A paint thinner is a solvent used to thin oil-based paints. There are several different solvents that can be used for this purpose. Common solvents used as paint thinner chemicals include mineral spirits, mineral and true turpentine, acetone, naphtha, toluene, methyl ethyl ketone (MEK), dimethylformamide (DMF), glycol ethers and xylene.

What is paint thinner?

To clarify, paint thinner is simply an overall term for any solvent that is used to thin paint or to remove paint from brushes, rollers, and other painting tools.

Turpentine (which is also called spirit of turpentine and oil of turpentine) is a fluid obtained by the distillation of resin harvested from living trees, mainly pines. Turpentine is composed of terpenes, primarily the monoterpenes alpha- and beta-pinene, with lesser amounts of carene, camphene, dipentene, and terpinolene.

Acetone, propanone, or dimethyl ketone is an organic compound with the formula (CH3)2CO. It is the simplest and smallest ketone. It is a colourless, highly volatile, and flammable liquid with a characteristic pungent odour.

Naphtha is a flammable liquid hydrocarbon mixture. Mixtures labelled naphtha have been produced from natural gas condensates, petroleum distillates, and the distillation of coal tar and peat. In different industries and regions naphtha may also be crude oil or refined products such as kerosene.

Toluene is often used commercially and industrially. It is used as a solvent in paints, thinners, lacquers, glues, nail polish remover and printings, and leather tanning processes. It occurs naturally in crude oil and in the tolu tree. Toluene is also found in gasoline as it improves octane ratings. It can be used as fuel for two-stroke and four-stroke engines as well. Increased exposure to toluene can result in irritation of the eyes, respiratory tract, and dryness of skin. Like most solvents on this list, it is versatile and has many different applications.

MEK, which can also be referred to as Methyl Ethyl Ketone, is a highly efficient and versatile solvent for surface coatings. It is a liquid solvent that is mainly used in surface coatings, adhesives, and printing inks. MEK is valuable in formulating high solids coatings which reduces emissions from coating operations.

Dimethylformamide is an organic compound with the formula (CH3)2NC(O)H. Commonly abbreviated as DMF, this colourless liquid is miscible with water and most organic liquids. DMF is a common solvent for chemical reactions. Dimethylformamide is odorless, but technical-grade or degraded samples often have a fishy smell due to impurity of dimethylamine.

What industries use paint thinner?

Paint thinners are used in various end-use industries such as paints, manufacturing, industrial equipment, pharmaceuticals, and coating and polishing. A paint thinner can be used to clean your equipment and tools once you have finished your job, especially when you have been using oil-based paint.

What is the process to recycle and reuse paint thinner?

Once the paint thinner has been used, businesses can save significant amounts of money by separating the solvent from the waste so that it can be used again.

To do this, you can either use a recycling service, or use solvent recovery equipment that separates the solvent from the waste or paint using distillation and circulation. The waste is fed or poured into a distillation vessel. In the distillation vessel, it is heated using a thermal oil jacket that is electrically heated bringing the waste solvent to the boiling point. The pure solvent vapors are then channeled to an air-cooled condenser that is cooled back into a liquid form. That liquid is then discharged to a clean solvent collection container, where it can now be reused.

Your business will be helping the environment by reducing your company’s carbon footprint. The more recycled solvent you use, the less waste is sent for processing and destruction.

Recycling is also cost-effective as you do not need to purchase new products repeatedly. Gun Wash is less flammable than a solvent like acetone, so it is considered a safer solution within the industry safety procedures.Are you interested in learning more about how you can save money by recycling paint thinner? Get in touch with Maratek Environmental today.